First an update. It would appear that CloakRoomAttendant has shaved and possibly combed his hair. However, it does not look like he has showered. He stinks. So do his videos and blogs.

Here is a man, not a boy - a full grown man who is coming online and stating that he is "doing good to Vloggerheads" by causing drama and discourse.

In his latest attempt to do this he attacks a site called letsvlog. I checked it out. It is small. But being as though a few of the man's blogs and now this vlog is about them, I have to ask: what is the CloakRoomAttendant's hard on with that site?

I don't get it. Well, I actually do. It is called self destructing. Vloggerheads is destroying itself from within. This horrible attempt of satire is only going to stir up a few of the regulars at Vloggerheads and probably do the other site he talks about a favor.

On, yes, I-Tube - do you see the hypocrisy? Vloggerheads members often blame us here as people who are always talking about nothing but their site. And we do, but they, it seems, talk about tiny, small sites that never even provoked the drama.

It is, another feather in my hat. The self-destruction of Vloggerheads is happening. When they have to reach this far out - to cause people to get riled up? Well, it's just sad and boring.

So, CloakRoomAttendant, take a much needed shower. Get a life. And come on over here to I-Tube. I have no idea what to make of any of this.

Comment by Ravisher on August 18, 2011 at 12:25pm
Before i burn this place down, I need to get more info on this oven dodger in the video

For once we agree

Comment by Taylor on August 17, 2011 at 5:16pm
@PV I have not bashed I-Tube. I happen to believe it is in excellent hands with MBD. That is a fact. That is why I am here. Now, the sad thing about VH is that they are worse now than the old Dramatube used to be - and their initial goal was the complete opposite of that.

CloakRoomAttendant is drawing any newcomers to VH away. There is no doubt about that. And that will spell the end of that site. The self destruction from within. Unless the community, whoever is left over there, call for him to stop acting like such a schoolyard bully. 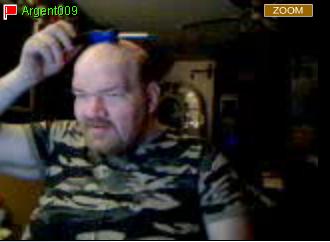 Just for you Argent, because i know you like looking at yourself

I didnt use photoshop, you big ass baboon and he's not worth running that program..

It makes sense, you just don't understand it