Histrionic personality disorder - What does it mean? 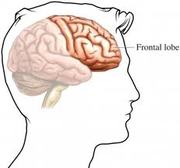 Histrionic personality disorder, and what exactly does it mean? Why is it that people with this act out how they do? Well let's take a close look at Todd's illness.


This is often abbreviated as HPD, is a type of personality disorder in which the affected individual displays an enduring pattern of attention-seeking and excessively dramatic behaviors beginning in early adulthood and present across a broad range of situations. Individuals with HPD are highly emotional, charming, energetic, manipulative, seductive, impulsive, erratic, and demanding.

Mental health professionals use the Diagnostic and Statistical Manual of Mental Disorders (the DSM ) to diagnose mental disorders. The 2000 edition of this manual (the fourth edition text revision, also called the DSM-IV-TR ) classifies HPD as a personality disorder. More specifically, HPD is classified as a Cluster B (dramatic, emotional, or erratic) personality disorder. The personality disorders which comprise Cluster B include histrionic, antisocial, borderline, and narcissistic.
Description

HPD has a unique position among the personality disorders in that it is the only personality disorder explicitly connected to a patient's physical appearance. Researchers have found that HPD appears primarily in men and women with above-average physical appearances. Some research has suggested that the connection between HPD and physical appearance holds for women rather than for men. Both women and men with HPD express a strong need to be the center of attention. Individuals with HPD exaggerate, throw temper tantrums, and cry if they are not the center of attention. Patients with HPD are naive, gullible, have a low frustration threshold, and strong dependency needs.

Cognitive style can be defined as a way in which an individual works with and solves cognitive tasks such as reasoning, learning, thinking, understanding, making decisions, and using memory. The cognitive style of individuals with HPD is superficial and lacks detail. In their inter-personal relationships, individuals with HPD use dramatization with a goal of impressing others. The enduring pattern of their insincere and stormy relationships leads to impairment in social and occupational areas.
Causes and symptoms
Causes

There is a lack of research on the causes of HPD. Even though the causes for the disorder are not definitively known, it is thought that HPD may be caused by biological, developmental, cognitive, and social factors.

* Repression. Repression is the most basic defense mechanism. When patients' thoughts produce anxiety or are unacceptable to them, they use repression to bar the unacceptable thoughts or impulses from consciousness.
* Denial. Patients who use denial may say that a prior problem no longer exists, suggesting that their competence has increased; however, others may note that there is no change in the patients' behaviors.
* Dissociation. When patients with HPD use the defense mechanism of dissociation, they may display two or more personalities. These two or more personalities exist in one individual without integration. Patients with less severe cases of HPD tend to employ displacement and rationalization as defenses.
* Displacement occurs when a patient shifts an affect from one idea to another. For example, a man with HPD may feel angry at work because the boss did not consider him to be the center of attention. The patient may displace his anger onto his wife rather than become angry at his boss.
* Rationalization occurs when individuals explain their behaviors so that they appear to be acceptable to others.

BIOSOCIAL LEARNING CAUSES. A biosocial model in psychology asserts that social and biological factors contribute to the development of personality. Biosocial learning models of HPD suggest that individuals may acquire HPD from inconsistent interpersonal reinforcement offered by parents. Proponents of biosocial learning models indicate that individuals with HPD have learned to get what they want from others by drawing attention to themselves.

SOCIOCULTURAL CAUSES. Studies of specific cultures with high rates of HPD suggest social and cultural causes of HPD. For example, some researchers would expect to find this disorder more often among cultures that tend to value uninhibited displays of emotion.

PERSONAL VARIABLES. Researchers have found some connections between the age of individuals with HPD and the behavior displayed by these individuals. The symptoms of HPD are long-lasting; however, histrionic character traits that are exhibited may change with age. For example, research suggests that seductiveness may be employed more often by a young adult than by an older one. To impress others, older adults with HPD may shift their strategy from sexual seductiveness to a paternal or maternal seductiveness. Some histrionic symptoms such as attention-seeking, however, may become more apparent as an individual with HPD ages.
Symptoms

The prevalence of HPD in the general population is estimated to be approximately 2%-3%.
High-risk populations

Individuals who have experienced pervasive trauma during childhood have been shown to be at a greater risk for developing HPD as well as for developing other personality disorders.
Cross-cultural issues

HPD may be diagnosed more frequently in Hispanic and Latin-American cultures and less frequently in Asian cultures. Further research is needed on the effects of culture upon the symptoms of HPD.
Gender issues

Clinicians tend to diagnose HPD more frequently in females; however, when structured assessments are used to diagnose HPD, clinicians report approximately equal prevalence rates for males and females. In considering the prevalence of HPD, it is important to recognize that gender role stereotypes may influence the behavioral display of HPD and that women and men may display HPD symptoms differently.
Diagnosis

The diagnosis of HPD is complicated because it may seem like many other disorders, and also because it commonly occurs simultaneously with other personality disorders. The 1994 version of the DSM introduced the criterion of suggestibility and the criterion of overestimation of intimacy in relationships to further refine the diagnostic criteria set of HPD, so that it could be more easily recognizable. Prior to assigning a diagnosis of HPD, clinicians need to evaluate whether the traits evident of HPD cause significant distress. (The DSM requires that the symptoms cause significant distress in order to be considered a disorder.) The diagnosis of HPD is frequently made on the basis of an individual's history and results from unstructured and semi-structured interviews.
Time of onset/symptom duration

Some psychoanalysts propose that the determinants of HPD date back as early as early childhood. The pattern of craving attention and displaying dramatic behavior for an individual with HPD begins by early adulthood. Symptoms can last a lifetime, but may decrease or change their form with age.
Individual variations in HPD

Some classification systems distinguish between different types of individuals with HPD: patients with appeasing HPD and patients with disingenuous HPD. Individuals with appeasing HPD have personalities with histrionic, dependent, and obsessive-compulsive components. Individuals with disingenuous HPD possess personality traits that are classified as histrionic and antisocial. Studies have shown that relationships exist between somatic behaviors and women with HPD and between antisocial behaviors and men with HPD.
Dual diagnoses

HPD has been associated with alcoholism and with higher rates of somatization disorder , conversion disorder , and major depressive disorder . Personality disorders such as borderline, narcissistic, antisocial, and dependent can occur with HPD.
Differential diagnosis

In addition to the interviews mentioned previously, self-report inventories and projective tests can also be used to help the clinician diagnose HPD. The Minnesota Multiphasic Personality Inventory-2 (MMPI-2) and the Millon Clinical Mutiaxial Inventory-III (MCMI-III) are self-report inventories with a lot of empirical support. Results of intelligence examinations for individuals with HPD may indicate a lack of perseverance on arithmetic or on tasks that require concentration.
Treatments
Psychodynamic therapy

HPD, like other personality disorders, may require several years of therapy and may affect individuals throughout their lives. Some professionals believe that psychoanalytic therapy is a treatment of choice for HPD because it assists patients to become aware of their own feelings. Long-term psychodynamic therapy needs to target the underlying conflicts of individuals with HPD and to assist patients in decreasing their emotional reactivity. Therapists work with thematic dream material related to intimacy and recall. Individuals with HPD may have difficulty recalling because of their tendency to repress material.
Cognitive-behavioral therapy

Cognitive therapy is a treatment directed at reducing the dysfunctional thoughts of individuals with HPD. Such thoughts include themes about not being able to take care of oneself. Cognitive therapy for HPD focuses on a shift from global, suggestible thinking to a more methodical, systematic, and structured focus on problems. Cognitive-behavioral training in relaxation for an individual with HPD emphasizes challenging automatic thoughts about inferiority and not being able to handle one's life. Cognitive-behavioral therapy teaches individuals with HPD to identify automatic thoughts, to work on impulsive behavior, and to develop better problem-solving skills. Behavioral therapists employ assertiveness training to assist individuals with HPD to learn to cope using their own resources. Behavioral therapists use response cost to decrease the excessively dramatic behaviors of these individuals. Response cost is a behavioral technique that involves removing a stimulus from an individual's environment so that the response that directly precedes the removal is weakened. Behavioral therapy for HPD includes techniques such as modeling and behavioral rehearsal to teach patients about the effect of their theatrical behavior on others in a work setting.
Group therapy

To teach assertion rather than avoidance of conflict, family therapists need to direct individuals with HPD to speak directly to other family members. Family therapy can support family members to meet their own needs without supporting the histrionic behavior of the individual with HPD who uses dramatic crises to keep the family closely connected. Family therapists employ behavioral contracts to support assertive behaviors rather than temper tantrums.
Medications

Pharmacotherapy is not a treatment of choice for individuals with HPD unless HPD occurs with another disorder. For example, if HPD occurs with depression, antidepressants may be prescribed. Medication needs to be monitored for abuse.
Alternative therapies

Meditation has been used to assist extroverted patients with HPD to relax and to focus on their own inner feelings. Some therapists employ hypnosis to assist individuals with HPD to relax when they experience a fast heart rate or palpitations during an expression of excessively dramatic, emotional, and excitable behavior.
Prognosis

The personality characteristics of individuals with HPD are long-lasting. Individuals with HPD utilize medical services frequently, but they usually do not stay in psychotherapeutic treatment long enough to make changes. They tend to set vague goals and to move toward something more exciting. Treatment for HPD can take a minimum of one to three years and tends to take longer than treatment for disorders that are not personality disorders, such as anxiety disorders or mood disorders.

As individuals with HPD age, they display fewer symptoms. Some research suggests that the difference between older and younger individuals may be attributed to the fact that older individuals have less energy.

Early diagnosis can assist patients and family members to recognize the pervasive pattern of reactive emotion among individuals with HPD. Educating people, particularly mental health professionals, about the enduring character traits of individuals with HPD may prevent some cases of mild histrionic behavior from developing into full-blown cases of maladaptive HPD. Further research in prevention needs to investigate the relationship between variables such as age, gender, culture, and ethnicity and HPD.

This is the first episode from "The Fail House Show" on YouTube with "Tha Jackal" as the host... Listen to the very end when Sandra calls into the talk show "Tha Jackals Head" and how she exposes the man known as "The Toad" to some for his mental illness.

All who he has trolled, and stalked online now know why this man acts how he does. He is mentally ill, and he needs to take some better meds.

You need to be a member of Histrionic personality disorder - What does it mean? to add comments!