Explain to me one thing.  When I am banned on vloggerheads and Vloasis then explain to me one thing?  Why hasN'T either of the websites gotten a DMCA and this includes i-tube.net?  Yet, When Argent009 got banned on Vloggerheads and Vloasis then why did i-tube and vloggerheads get them?  Here is to add the icing on the cake here.  When I addressed Argent009 then once again, mysterious DMCA's got hit with my NING platform.  A fake platform to make a point about who is doing what.

My issue and point to all of this is to prove who is doing shit.  Argent is not dead.  Argent is quite alive and doing shit on a day to day basis while keeping up the illusion that he is dead.  That is the script that was given to him.  You keep one thing in mind, it is my right to believe that this is a ruse.  This is all scripted by some game and yet, explain to me and everyone why there is no DMCA being filed.  Why?  I was never involved in any of the bullshit.  Keep in mind, i-tube and vloggerheads has not gotten any from what I know.  Keep in mind, by talking about Argent then he can and will attack websites.

I am calling him on his bullshit and returning the blame back on ARGENT!  By attacking then Argent can get blamed and Sahwny could get banned because of it.  I am willing to back down and more than willing to do it.  However, I am returning fire so that Argent gets punished for his crime.  He gets the bullshit and called on it.  Afterall, where did this shit start?  That's right, on i-tube after about 6 months of bullshit on this very website.

I am not Franks bitch.  I am not your bitch.  I am paying Argent back for the bullshit that was posted on this very website.  There is only one person that I listen to on this subject and that is Jfry.  Not you, or anyone else.  My point is to give Argent the drama that he deserves after members of Vloggerheads and I-tube was attacked viciously and savagely by him losing his temper and telling me that he is dead is something I refuse to listen too.  Keep in mind, I am not listening to the lies.  I am giving him a dose of his own medicine and the point is dishing out what he gave to me.

There has to be a clear explanation and this shit does not need to be pushed under a rug when it can and will repeat itself by him.  Vloggerheads and i-tube does not deserve Vloasis bullshit to be dragged into.  I-tube was dragged into Vloasis issues for no apparent reason, at all.  As long as outside websites is no longer being attacked and dragged into shit is when I will shut up and this means Argent has to stop pretending to be dead to devert attention of his own sins.

You want me to apologize?  I will if this bullshit ruse is gone and he apologizes to the members of Vloggerheads and i-tube for his actions.

BTW If I wanted too I can make VH listen by doing stuff they do not want but I will not.  I am above their laws because I am not a member of their website for about 6-8 years.  Hell, I can even make money like SAMurray did.  I am not bound by their rules.

Comment by KCDennis on August 25, 2017 at 3:14pm
@jfry. You forget one thing. I am not a member of VH or it's backroom so I can talk about the politics of lies and deceit. I did not DMCA EITHER WEBSITE falsely and Frank public video is on my channel. I am working and can't link when on cellphone. Watch on channel. Putting both comments in one comment.

See there you jackass... You just set yourself up so that any DMCA filed on this site, by any troll, gets blamed on you... Dumb ass...

You opened your mouth on VH'ds with back room info on the DMCA's that got you blamed and banned ...

You got banned on Vloasis for reasons other than DMCA's ... Don't confuse the point...

You haven't filed a DMCA here, because MBD stays Neutral and doesn't enter the fray ...

You have publicly admitted to filing DMCA's...

And you are too stupid in thinking that people don't remember or cant see through your heaping pile of utter fucking bullshit...

@MBD I am not trying to stir shit but I am telling you what happened on this website.   I will show respect to you and your website.  I apologize for making this public.  However, I am asking that you understand my point on this issue.  Going quiet on this issue.

ANY DMCA'S will be dealt with....swiftly.

You're ALL on notice. 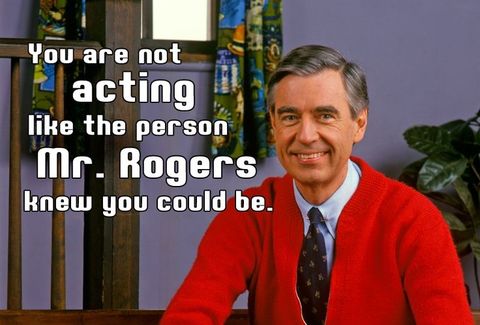 Don't fuck with me.