I was totally shocked and literally had no idea.  Allen said, “How did Kenny get here?  Should we tell mom.”  His wife looked at him and said, “We will call her when we get home.”  He then looked at me and asked, “Kenny, how did you get here?”

I looked at him and shrugged.  As they both got into the car.  Allen said, “We definitely need to call mom and tell her that Kenny is here with us.” He then got into the driver’s seat and started to drive.

I remember going on Interstate 75. This was at night, and he was leaving home with his wife.  I noticed that he was heading towards a sign that could have been an Exit saying 29.  A car from the other side of the interstate crossed the median and the road was not marked at the time.

His car was hit with such an impact that he was air over over an exit and then hit into an embankment.  As he was flying in the air, he turned and looked me straight in the eye and said, “Kenny, I want you to tell my mom that I love her.”

I woke up and wanted to yell for my stepmother.    I was in total disbelief with what I seen.  I could not believe what I saw but just as I started to yell.  The phone rang and I heard her say, “Hello”.  There was a brief pause and then she said, “who?” There was more of a pause, and she hung up the phone.  I then heard her say as she broke into tears.

She screamed, “Charles, my son is dead.  Allen is dead!”  She explained and I heard exactly what she said.  The next day, Dad came to me to let me know on what happened.  I turned to Dad and said, “I know.”  Dad asked, “How did you know?”  I told him about the dream and said, “Dad, this was just before the phone rang, last night.  He died near mile marker 29 on Interstate 75.

Dad thought that it caused the dream, but I know specifically that the call came after I had the dream.  I found the exact spot of where this happened thanks to Google Earth and the place is quite real.

What you are about the read is the exact photos and an exact match to my dream.    What is even scarier is that there is still an imprint of where his car was at. 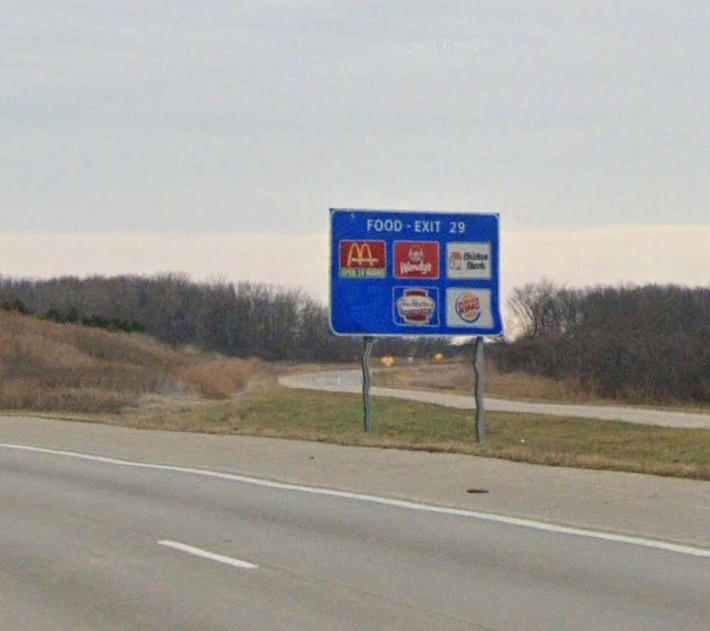 The mile marker was the exit ramp that I saw in my dream.  The only difference is that it did not have any logos.  The photo below did not have a safety rail and it was installed after the accident of my stepbrother. The photo below is the exact spot of the accident.  I circles the embankment that my brother took flight on.  The car that hit it is where the arrow is pointing to the right.  The X is where the car collided in my dream. 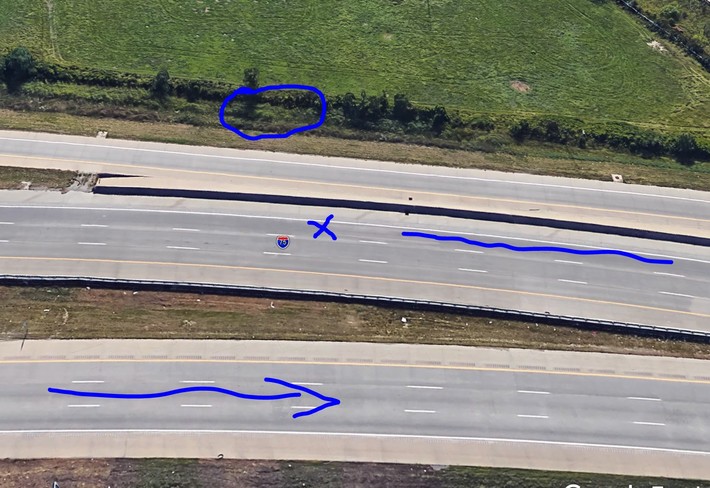 What I want you to see here is the exact spot that I was at in the car.  Keep in mind of the sign that is to the left.  It is the exit ramp that I read in my dream.  I specifically remembered the sign saying 29.  The next photo is going to give you chills. 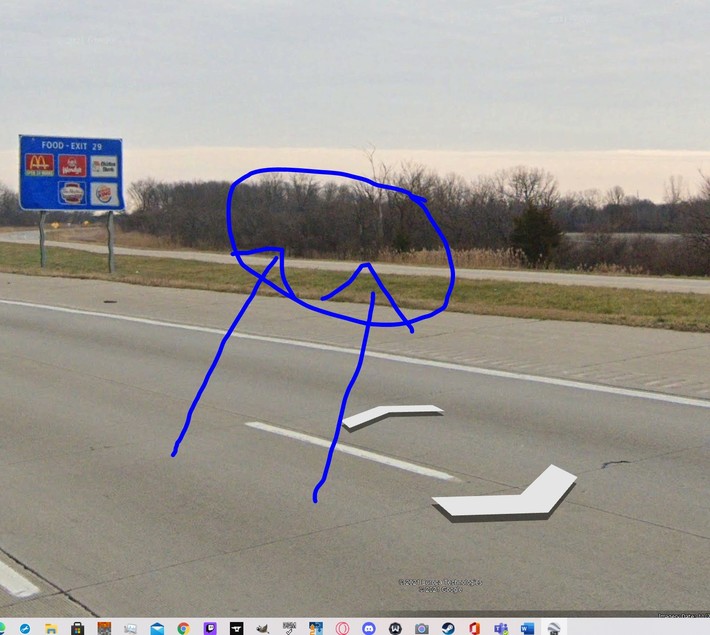 I now want you to look at the photo below.  I want you to notice the black stain in the grass.  This is where oil leaked from my brother’s car.  It has been almost 40 years since my brother’s death and yet the grass turned black. I know you are reading this and you can say that I am making this up.  This is totally impossible.  My response to you is that I was quite specific and I have been quite specific of what I seen.  I remember specifically that my brother landed in a ditch.

I said that there was a exit way near his death that pushed him off of the road.  I am quite specific that this happened at night.  Everything that I found is an exact match and yet, what are the chances that there is black grass that matches the exact spot where it happened in a dream?

I have looked up and down on Google Earth to find the exact match and this is an identical clone of what I witnessed in my dream.  Why am I talking about this?  Well as an introduction to this book.  We want to ask if there is a life after death.