I really want to know why Shawny is being attacked. Seriously. Is it because you believe she is easy prey and it's all for shits and giggles? or what exactly is it?

If you don't like what Shawny posts, don't watch it/don't comment. Is that so hard? There aren't that many active participating members on this site to begin with and for the small hand full of you to randomly decide Shawny "has to go"....makes no sense. Especially the shit that is spewed by J...considering he came running to Phantard's rescue because he felt i-tube was being unfair to him...J's behavior makes no sense at all.

And....Diego please stop making sock accounts. I am not going to approve them.

The game you are playing it's kind of like that.

I think you should go have another cupcake!

And since you can afford your own Go get a box and deal with your fucking issue!

"do what Bytes is doing...try to sweep it under the rug."

No one is sweeping anything under the rug. A group of you want Shawny banned because she is "crazy". I GOT IT ALREADY. Sorry, no can do. Hell, we're all crazy....MOST of the internet is crazy. Does that mean everyone should just all go to their separate corners and close down the whole fucking internet?... because "OMG I met a crazy person online that I disagree with!" Welcome to the real world, folks. Just because you dislike someone does not mean they should be banned from a website.

Yes, it's true I have lied. People lie and I shouldn't rail her like this. The Christian thing to do would be to do what Bytes is doing...try to sweep it under the rug. Shawny's like the crazy Aunt we keep upstairs in her room for her own safety. You can't tell her to stop doing her crazy things without her getting crazy on you. So, okay, we will just keep her locked in her own little room where you, Argent and Bytes can talk to her. I'll warn you...it won't make her happy and she will try to throw her rocker from the bedroom window. But I can live with it. Off to make dinner... 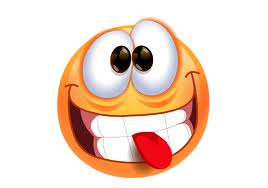 I am not Bytes, Argent or anybody else, and I am not holding anybodies fucking hand or coddling anybody, Shawny is a grown woman and can do what she wants.

Well, I didn't see her Avatar, and we all put ourselves out there all the time every day, doesn't mean we are "ASKING FOR IT" that is a fucking stupid notion, and one usually supported by jackasses hiding behind sock accounts.

I seriously don't know what the fuck Shawny's problems are or Anybody for that matter that I see online, I mean I can take a stab at it, but OBVIOUSLY I am no expert, and the only time I feel it is prudent to suspect is if someone displays symptoms and decided to make their problem my problem, then I would be inclined to inform them and hope they get treatment.

Shaming people and treating others like SHIT is NOT a way to get them to change or look at their behavior, especially if they have a disease, all you can do is be the mature adult, and help them out if you are inclined or ignore them. You don't go beating the shit out of them like a kid with Autism, and think " Oh that'll learn em" especially while trying to reference how shitty their parenting skills are, cause guess what, their parenting skills are probably about as good as your fucking your people skills, and socializing with other adults, but again that is my OPINION.

But Rare, you don't have to do anything, if you objected to Shawny's picture fine, if you think she deserves to be sanctioned or banned like J, So be it.

Guess what attacking her to get along with some Faceless VH members that used to be her friends, who were the same people that couldn't have given a fuck that you were parked outside and had to wait to get in and you eventually said fuck it and fuck them, yeah that's pretty sad.

But personally, when it comes to those I friend or stick up for, Character is very important, and since you like reality so much Rare, here is some truth for you, EVERYBODY LIES, EVERYBODY!

The better question to ask is WHY, because as much bullshit as Shawny might spew, there is a lot of truth in that also. Same as with you and everybody else.

If you know she can't sue, then why would you at all consider any of that bullshit a threat? If you think she is unstable, then why the fuck would you engage with her, and take everything she has to say seriously?

You know with all the joking and what not, I am surprised you and a few others DON'T KNOW she CAN'T fucking SUE!

No, none of you deserve to see my dick, you haven't earned the privilage!

You can troll all you want, and if you remembered posting blogs, and vlogs when nobody else was around, then why would you side up with folks that want to destroy the site you care so much for?

What you think they promise you something better for all that sacrifice it was for you?

Here is a clue Rare, you are STILL alone and you are going to continue to be alone if you do shit like this!

You think J, or CT or Yo Momma give a flying fuck about you?

HAHA, You had J on your friends list, and this Motherfucker called you out personally as well, like he does with Shawny or Diego, You think they wouldn't turn on you TOO!